Ethan, a strong-willed first-grader with an amazing sense of humor and a huge personality, has had to overcome so many challenges. Shortly after birth, he began to experience serious problems with feeding, digestion and sleeping. His parents grew increasingly alarmed when he failed to meet developmental benchmarks. His doctors eventually discovered that a genetic disorder and a rare autoimmune disorder were at the root of Ethan’s developmental issues and his gastrointestinal problems.

After undergoing multiple medical procedures including being fitted with a feeding tube, Ethan’s personality blossomed. While he seemed happier and less prone to meltdowns, he still struggled to keep up with his classmates and make friends at preschool.

Attempts by Ethan’s parents to get him Special Education assistance were denied due in part to Ethan’s high level of self-sufficiency. Sensing their growing frustration and concern, their older son’s teacher advised Ethan’s parents to contact PARCA. 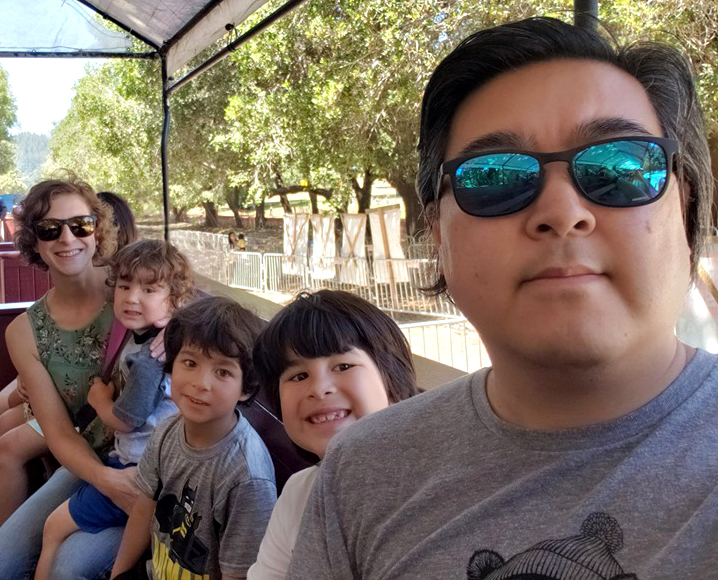 Ethan, third from the right, on a family outing with his parents and siblings.

With the guidance and support of PARCA’s Family Support Services Program, Ethan’s mother Jennie was able to better navigate the complexities of Special Education regulations. Feeling empowered, Jennie used her newly acquired advocacy skills to build a compelling case for her son, eventually securing the assistance he needed.

Now enrolled in a general education classroom, Ethan is thriving and his parents are thrilled. “Ethan is an amazing kid. My husband and I are so thankful for the privilege and blessing it is to be his parents.” Beams Jennie. “I’m so thankful for the opportunity to share his story and hope it impacts others to give to PARCA, as well as raise awareness for organizations that support families like ours!”

Through the generosity of donors like you, PARCA is able to provide support to remarkable people like Ethan, enabling them to grow, thrive and live as independently as possible. Please give as generously as you can. We appreciate your ongoing support.