Sixth-grader Khalil Cobb and his parents have had many challenges, but their unwavering love, dedication, and determination have created many daily miracles.

Khalil has Autism and has been non-verbal, with many speech and language issues. His difficulty communicating led to behavior problems and he would spit and bite and engage in self-injury to avoid work that overwhelmed him. He was sent to a specialized school, his problems became worse, and other schools were reluctant to take him. 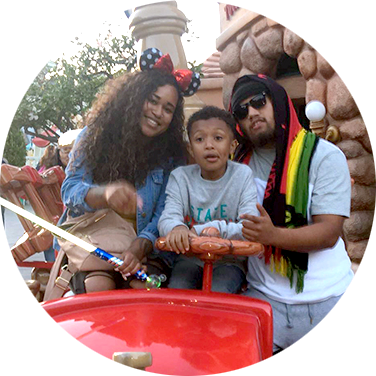 That’s when they called on PARCA’s Family Support Services program for help. Our Family Services Director met Khalil and saw a calm and attentive young man when he was away from school. Together with his family and GGRC case manager, they did a lot of advocacy to finally get him placed in a more inclusive site.

They found the Achieve Kids program, and Khalil has blossomed. He feels accepted, and at first when he would spit and bite, staff’s calm responses soothed him and he learned to stroke instead. His concentration-time increased from 3 to 10 minutes, he gets along well with his peers, and enjoys group activities.

After so many years being non-verbal, he recently saw a box of Oreo cookies on a grocery store shelf and said “Oreos, Oreos, Oreos!”

And now, just in time for a holiday miracle, he is saying “Mama!”

Through the generosity of donors like you, PARCA is able to provide support to remarkable people like Khalil, enabling them to grow, thrive and live as independently as possible. Please give as generously as you can. We appreciate your ongoing support.