After 45 years of exemplary work in the facilities maintenance department, Michael Mooney retired from United Airlines. Praised by his co-workers for his remarkable work ethic, sense of humor, and attention to detail, Michael received a standing ovation at his retirement ceremony held at United Airlines maintenance facility last December. 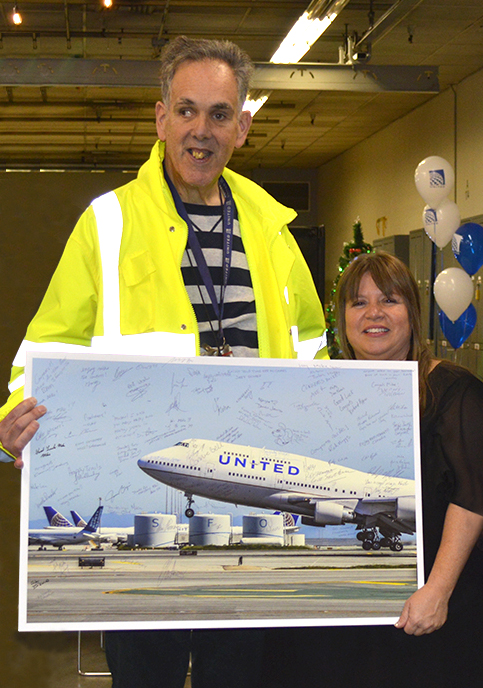 Assigned to the overnight shift with the United Airlines cleaning crew at SFO, Michael had to enlist the help of his family to get to, and from, his job each night. Eventually, he was promoted to the day shift and was able to get to and from his job each day on his own, after learning to navigate the public transit system. To this day, Michael is a savvy public transit rider and is proud to claim that he can find his way everywhere he needs to go using public transportation.

Michael’s deep commitment to helping others and giving back to the people and organizations who helped foster his independence are the motivation behind everything he does. “I really like to help PARCA during the Devil’s Slide Ride and any other time they need my help. I don’t think I would be as productive and confident as I am now without their help.” He has been busier than ever since his retirement last December being a regular volunteer at the local food bank and San Carlos Senior Center. “I feel that people should always help other people.” 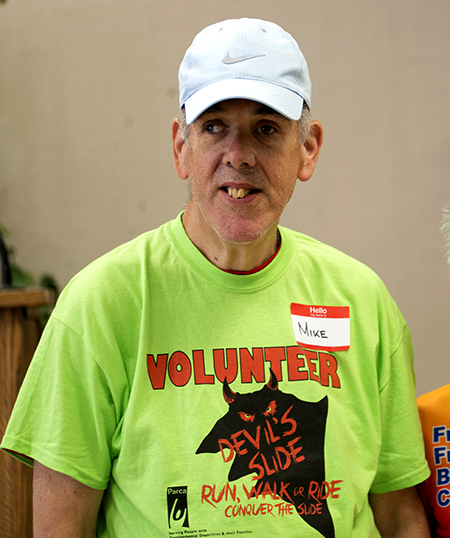 He is also a mentor to his peers, inviting them over to his apartment to cook meals together. “I like to show other clients that we can do things for ourselves. It is really fun when I teach others how to cook. It makes me feel useful. I love to cook myself and want others to know how much fun it can be.”

Several years ago, with the guidance of PARCA staff, Michael and a friend started a social recreation group called the Fun Club. The Fun Club provides a valuable opportunity for Michael and his peers to socialize, foster, and maintain friendships. Shortly after its formation, the members of the Fun Club voted to make Michael the club president.

With Michael at the helm, the Fun Club regularly holds their own fundraisers. For a small donation, friends and family are invited to a delicious home-cooked lunch and an afternoon of fun activities like, croquet, bingo, or card games. A natural organizer, Michael is the one who primarily budgets, plans, and does the cooking for their fundraisers, but everyone in the group pitches in. “Some can help a lot and others can only help a little but everyone can help somehow.” explains Michael.

The Fun Club uses the money they raise at their fundraisers to help others, donating some to local charities. They also use the funds to pay for their annual trip to the Santa Cruz Beach Boardwalk, fulfilling one of Michael’s dreams, to invite the Cedar House residents and staff to join them as their guests. 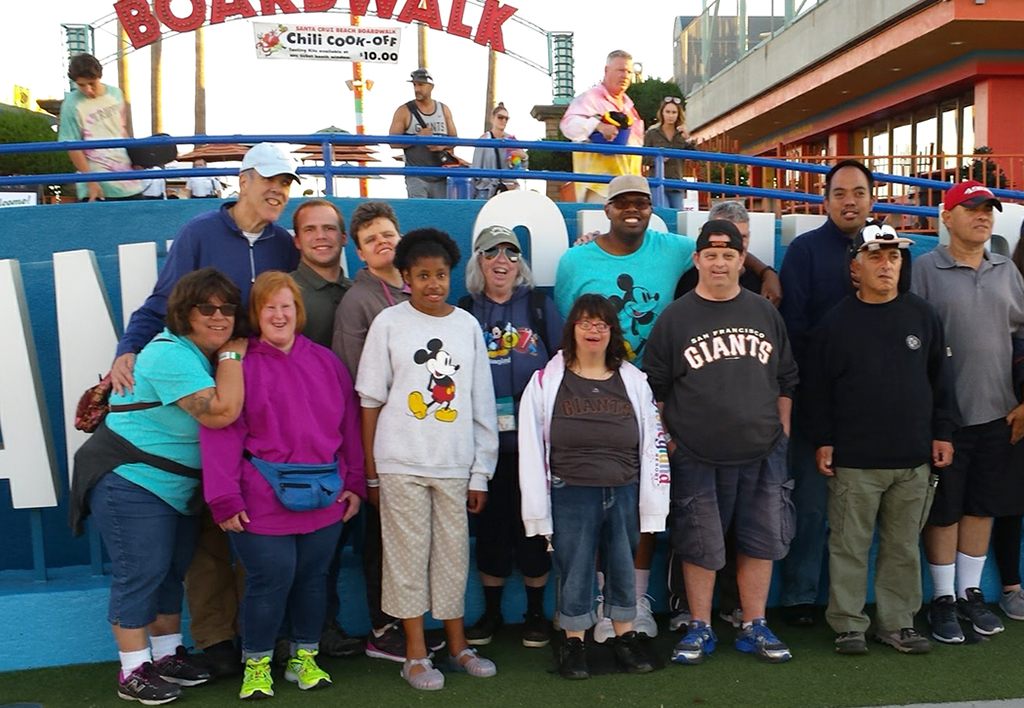 Although Michael has a rich social life and a full social calendar, he continues to push himself to learn new things and expand his abilities. His latest challenge is to become more tech savvy. He learned to play games and surf the web using a computer tablet and recently upgraded his old flip phone for a smart phone. He now enjoys taking and sharing photos as well as keeping in close touch with family and friends via email.

As with all the remarkable people PARCA serves, it is our honor to both support and learn from Michael. We are proud of all he has accomplished and look forward to providing him the support he needs to foster future growth. Our donors make it possible for PARCA to help remarkable people like Michael lead rich, full lives as independently as possible.