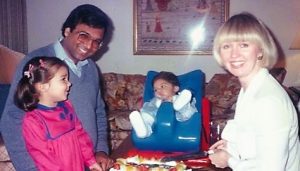 The words “THANK YOU” feel very inadequate to express my gratitude to Umang Gupta for the difference he made in a lesser known part of his life. His dedication to people with developmental disabilities and the organization I head has helped countless people to lead happier, more independent lives.

When I started as CEO of PARCA in 2000, Umang and his wife Ruth were on its board. The organization was really struggling financially at the time, and if it were not for his generosity, I doubt it would have remained intact. He had made a very large donation for a capital campaign that was no longer viable and he gave us permission to use it however we needed it. This gave us the ability to build back and become sustainable within two years.

He and Ruth had fostered the development of Raji House, named for their late son, and it has served the needs of children with severe developmental disabilities.

In March 2020, three days before the shutdown when little was known about COVID, PARCA had an event honoring Umang and Ruth for their role in helping people with developmental disabilities. A short time prior to the event, Umang received his cancer diagnosis, and the family was not able to attend for fear of any exposure that would undermine his treatment. 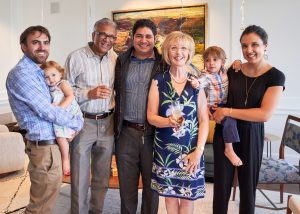 At PARCA, we have been privileged to know Umang and his whole family as the generous, kind, down to earth, people who make our world better. And that legacy goes on.

Raji House is now transforming its use to meet our greatest unmet need…affordable housing for people with developmental disabilities to live independently. Our remodeling should be completed by this Fall and Raji House will always honor the memories of Raji and Umang. Five adults with developmental disabilities will have support services and can achieve their dreams in a home to call their own.

Umang was brilliant and successful, but he was also a very good man with a compassionate heart. We will miss him.