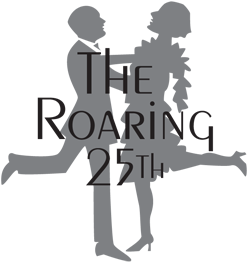 Parca Auxiliary announced its Roaring 25th Gala and auction raised over $220 thousand to support the work of the Parca Organization (www.PARCA.org). Parca, a private nonprofit, provides services to individuals with developmental disabilities throughout the Bay Area. Over 450 guests attended the milestone event, held May 18, 2013 at the esteemed Carolands Chateau in Hillsborough, California.  The event was inspired by The Great Gatsby and featured a live auction, Jazz Age music and speakeasy cocktails.  PG&E was a lead sponsor of the event.

Check out some of the highlights at Red Carpet Bay Area: http://www.redcarpetsf.com/sfstyle/PARCA-auxiliary-gala-2013.html

Katie Amoroso joined the Parca Auxiliary in 2009 and has been an active involved member since that time. In 2010, she was Vice Chair of decorations for the annual luncheon and served as Vice President of membership in 2011. Currently, she is Vice President of Events, co-chairing the 2013, 25th Anniversary Gala.   Katie has professional experience as an event planner in the culinary arts industry where she has held positions at the California Culinary Academy and Il Fornio Corporation. She is married with two children, Addison and Frank.

Alison Caron has been an active member of the Parca Auxiliary for three years. In 2012 she was Vice Chair for the luncheon in charge of catering and rentals. Currently, she is Vice President of Events, co-chairing the 2013 gala. Alison is a consultant specializing in IT project management, business process improvement and operations for companies in the apparel and footwear industries. She lives in Burlingame with her husband and two daughters and enjoys visits to the slopes in Colorado.

Allison Keenan has been a highly involved member of Parca Auxiliary since 2009. Allison is a Bay Area native; she grew up in Sausalito and lived in San Francisco before moving with her family to the Peninsula in 2008.  Allison led the fashion show team in 2011, was Vice Chair of Decorations in 2012 and is currently Vice President of Events, co-chairing the 25th Anniversary Gala. She has extensive experience working for many Bay Area nonprofit organizations both professionally and on a volunteer basis. She is married with two sons.